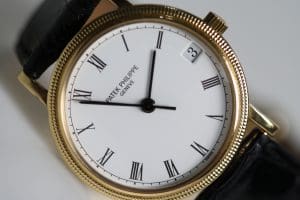 There’s often a fine line between treating yourself to something very special making an investment for the future. Increasingly, the fine line is blurring until you find yourself in the enviable position of being able to do both.

When we think about investments, thoughts often turn to bricks mortar – yet the complications that come with property investment may see you risk more than you’re actually prepared to. The really clever money is placed on investments that can stand the test of time, weather turbulent economies can bring you the ultimate in joy too.

Patek Philippe watches currently represent some of the best investment opportunities around. Based in Geneva with their focus clearly on pushing the boundaries of chronology, Patek Philippe builds their watches to last down through the generations. It’s the superlative levels of engineering excellence design that are commanding Patek Philippe auction prices that are – quite frankly – out of this world.

Patek Philippe’s innovative approach to the development of their watches has resulted in some mind-blowing auction successes – recently hitting £9 million at auction. The Patek Phillipe 1518 doesn’t come dripping with diamonds or boast elegant, intricate straps, but what makes it stand out from other watches is that it was made from stainless steel in 1943, some three decades before Patek Philippe fully committed to working with stainless steel. With only four ever made, the Patek Philippe captures a moment in time when the Swiss watch brand was driving innovation demanding more of itself. Patek Philippe has retained the crown for the highest price at auction, having previously secured a price of £5.8 million at a Geneva auction.

Is it such a surprise that watches make such outstanding investments? The Patek Philippe brand itself pre-dates the turmoils of Europe in the last century. Ironically born from a displaced Polish soldier’s journey across Europe in the 1830s 1840s, Patek Philippe weathered two World Wars the subsequent Cold War, excelling despite the long shadow of the Iron Curtain. Indeed, while the European war raged around Switzerland in 1943, Patek Philippe was developing the very same watch – the 1815- that fetched £9 million recently. If a timepiece brand can triumph over adversity to this degree, it has to be a given that Brexit won’t trouble their stock unnecessarily.

The facts surrounding Patek Philippe’s success at auction houses are not hard to find. Neither are they a recent phenomenon. Finding recurring auction success in the brand’s home city of Geneva, the 1933 Patek Philippe Supercomplication pocket watch broke previous records breaker when it sold for US$24 million in 2014. Patek Philippe’s record speaks for itself, but could investing in a Patek Philippe future proof your portfolio? We won’t make promises – nor should you seek any, but if you’re looking for a robust reliable signpost, reach for the latest Knight Frank Luxury Investment Index. The news is very good for those who have – as well as those who are seriously considering – an investment in a prestige watch. The watch market has increased around 168 percent across the last 10 years. 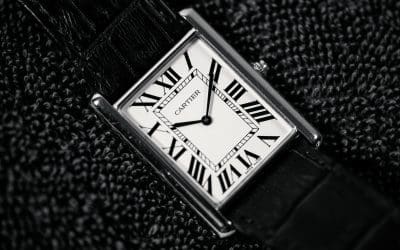 END_OF_DOCUMENT_TOKEN_TO_BE_REPLACED

END_OF_DOCUMENT_TOKEN_TO_BE_REPLACED
We use cookies to personalise content and ads, to provide social media features and to analyse our traffic. We also share information about your use of our site with our social media, advertising and analytics partners.AcceptPrivacy Policy