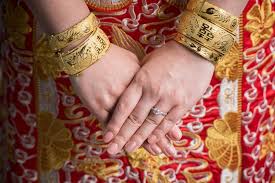 In many cultures, a golden ring is a sign of marriage, with many scholars claiming the tradition began in Egypt 6,000 years ago. In many cultures, gold forms part of a dowry, as in India. Where it is still custom in some regions to expect up to 100 golden sovereigns, in other countries it is the reverse gold is a part of the bride price, paid by the groom’s family.

If you happen to attend a modern Chinese wedding, you will find the traditions of old, alive well. The groom his family, as part of the bride price, may adorn the bride with golden necklaces, rings bracelets. In China, there is a saying, “Having a woman in your home is like gold,” they like to show it.

It is also a chance to display wealth generosity. The bride is obligated to wear the jewellery immediately, which sometimes results in her being draped in quantities of gold that go up to the kilograms. The pieces are typically 24-karat gold, engraved by hand. Anything less pure cannot be considered “real” gold in a Chinese wedding. It also serves as a form of insurance for the bride, should she ever encounter hard times.

The divine righteous dragon is known as the “Ruler of Beasts,” while the Phoenix is the “King of Birds,” bringing beauty prosperity. Together they form the ideal partnership, filled with unity, harmony balance. Usually presented by Cantonese or Hakka families during the tea ceremony, the bride might receive multiple pairs of these thick bangles that are stacked on the forearms. The traditional tea ceremony outfit has shortened sleeves specifically designed to show them off.

This Chiu Chow Hokkien custom comprise a necklace, bracelet, ring earrings presented before the wedding. In current times, some brides may flout tradition go for two rings two necklaces instead, or just a single item of a higher value. The custom originates from the province of Chiu Chow, where traditional houses had roofs with curved corners, resembling the Chinese word for gold. The gift of Four Pieces of Gold reassures the bride that she will be well provided for will always have a roof over her head.

There is also the custom of the nine treasure boxes, gifts given by the bride’s older relatives. Well-wishers may also give 24ct golden miniatures.

What to do with 1kg of gold?

If your lucky enough to find yourself with this gift, you are also facing a unique problem. Unlike many western couples who are given cash to start a new life, you have an asset going up in value, but that you are hopefully loath to sell.
The good news for you in the high value of gold, it’s ready us in as a
pawnbroking asset. 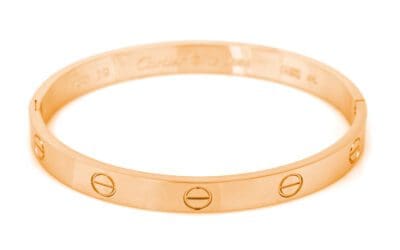 Gold is arguably the most reliable investment go-to on the planet. In 2020, when the unthinkable happened – that’s the price of oil plummeting – gold performed well. In fact, the price of gold went...

END_OF_DOCUMENT_TOKEN_TO_BE_REPLACED 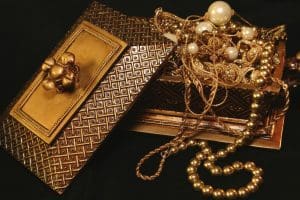 How to Turn Your Unwanted Jewellery Into Cash

If you have a jewellery case that is overflowing with pieces you no longer wear, or you have inherited something beautiful but it is not your style, it might be time to release the value get...

END_OF_DOCUMENT_TOKEN_TO_BE_REPLACED
We use cookies to personalise content and ads, to provide social media features and to analyse our traffic. We also share information about your use of our site with our social media, advertising and analytics partners.AcceptPrivacy Policy